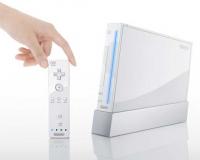 Someone (codenamed ‘Han Solo’, so you know it’s gotta be good, right?) claims to have the inside scoop on the Revolution’s specs. Here they are:

Supposedly the CPU will lag a little behind the PS3’s Cell and the GPU will be ahead. Of course, a large part of this is pure speculation.

The thing that caught my eye was the PPU. Is this anything like the AGEIA stuff whose library Sony has licensed?

This is really quite interesting. Everyone always assumed that since Nintendo was being so quiet about its system and not talking up the specs, that it would be behind the other two consoles. If these specs are close to accurate, then the Revolution won’t be giving up anything to its two competitors.

More than Two Displays on PS3?