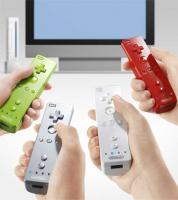 Someone recently asked me a couple questions about the next-gen console war, and I thought I’d post my answers here (with small clarifications) in case anyone is interested.

1. How smart was Microsoft’s strategy in getting the system out before PS3?

Sony says that Microsoft’s headstart is no big deal. But although I think it may not give Microsoft quite the huge advantage they were thinking, it’s still a good thing in the short term. The Xbox 360 will be out in America for probably a whole year before the PS3 appears, giving Microsoft that much more of an installed base. In theory. However, Microsoft’s supply problems are crippling that effort. For example, fewer Xbox 360’s were sold in November and December than Microsoft had wanted and predicted. The Xbox 360 has sold more poorly in Japan than the original Xbox did. Microsoft had to lower its estimates for the first 3 months of total sales. However, they are still getting consoles out there while Sony is still developing theirs. If Sony’s console were to be a huge improvement over the Xbox 360 because of that delay, that might change things. But it looks like the graphics prowess of the two machines will be about the same. But in the long term, I don’t know how wise Microsoft’s strategy is. They forced the next generation of consoles to come early. The Xbox and PS2 still have life in them, and traditionally console makers have left more time between console releases. We are still getting games that are pushing the consoles to limits we didn’t know existed. Take a look at Burnout: Revenge or the upcoming game Black. Those look better than any previous games in their genres. Microsoft is forcing the Xbox 360 on people in order to win the next generation, and are abandoning the Xbox platform in the process. I think people won’t appreciate that.

2. The sales of Xbox 360 were lower than Microsoft expected, however, they say it was not because of demand? Do you agree with this?

Yes. Demand is high. Microsoft just couldn’t produce the units they wanted to. On the other hand, if there was a over abundance of supply, it would have been interesting to see how many 360’s sold. Maybe the demand was very close to the supply, but we don’t know.

3. What did you think about the Xbox price point? How will it compared to the PS3?

I don’t think it’s that bad. The PS2 came to America at $300, but it didn’t have all that the Xbox 360 has. And when the PS2 originally launched in Japan, it sold for the equivalent of over $400US if I remember correctly. But the price of technologies does come down, so for $400US, I would have liked to see a larger hard drive. System information and stuff like that take up several gigabytes. When you only have 20GB to start with, that hurts. But that’s just a small quibble. The price of the PS3 hasn’t been announced yet, so I can’t comment on that.

4. What kind of an effect will the PS3 have on the console community? Do you believe it will be more successful?

More successful than the 360? Yes I think so, because of Japan. But I don’t think they’ll have the same margin of dominance as the PS2 enjoyed worldwide. The PS3 will be released sometime this year and it’ll be a smash hit in Japan. I don’t need to be a soothsayer to predict that. It’s obvious. In North America it’s my opinion that it’ll do about as well as the 360.

5. How do you think Nintendo’s Revolution system will figure in?

Right now there’s lots of talk about the Revolution. Some are suggesting that it’ll pull a fast one on everyone and do a lot better than people expected, taking away marketshare from Sony and Microsoft. Personally, I don’t think that’ll happen. Gamers are maturing. Sure, kids play games like they always used to, but adults are playing video games in increasing numbers (kids grow up!), and Nintendo has historically pretty much ignored that market except for a very few games like Resident Evil. So kids that bought Nintendo N64 grow up and buy a PlayStation 2 instead of a GameCube. Sony and Microsoft are addressing that market, Nintendo isn’t. The fancy new controller won’t change that. A friend of mine has a GameCube (because he couldn’t find a PS2) and N64, and he plans not to buy a Revolution for just this reason. Too many kiddy games, not enough fun ones. Plus, the fact that the Revolution doesn’t support HD is a major strike against it in my mind (and my friend’s).

See the new poll on the Revolution versus GameCube.

6. Do you think this new generation of consoles will sell better than the record breaking previous generation? Are console developers expanding to new demographics to try and achieve this (ie. +30)?

I’ve heard predictions that 200 million PS3’s will be sold. (I know, I know – from an analyst. But it’s still a number we can discuss.) That’s twice the number of PS2’s that have sold up to now. But remember – Sony will continue selling the PS2 for probably another 5 years. That’s what it did with the PSone. So the PS2 will, once its life is over, probably have sold much more than 100 million. So to say that the PS3 will sell 200 million over its lifetime isn’t that much of a stretch. That said, I’m no fortune teller, and I don’t know how many new gamers Sony and Microsoft might entice with their products. Personally, I’m 36, and I’m already playing video games. I can’t imagine that they can grab other people like me who aren’t already playing games. The most they can do is entice them from playing computer games to playing console games. But to take a non-gamer and sell them a console? At the age of 30+? I find that hard to believe.