Ubisoft’s Montreal development studio is apparantley working on a new franchise, Assassin’s Creed formerly known as Project Assassin, that will “push the video game experience as we know it into an entirely new direction” & QJ.NET seems to have high hopes for it aswell:

Assassinâ€™s Creed is being developed for PlayStation 3 by an all-star team from Ubisoftâ€™s world-class Montreal studio â€“ the studio responsible for acclaimed franchises such as Prince of Persia and Tom Clancyâ€™s Splinter Cell. The Assassinâ€™s Creed franchise will combine compelling new gameplay, superb graphics, and an immersive and sophisticated storyline to deliver an epic experience that will launch the action genre into the next generation and beyond. â€œAssassinâ€™s Creed is going to push the video game experience as we know it today into an entirely new direction,â€ said Yannis Mallat, chief executive officer at Ubisoftâ€™s Montreal studio. â€œAssassinâ€™s Creedâ€™s compelling theme and storyline experienced through the next-generation console will captivate audiences and affect them on the same level as an epic novel or film.â€

The first game in the Assassinâ€™s Creed franchise is set in 1191 AD, when the Third Crusade was tearing the Holy Land apart. Shrouded in secrecy and feared for their ruthlessness, the Assassins intend to stop the hostilities by suppressing both sides of the conflict. Players, assuming the role of the main character Altair, will have the power to throw their immediate environment into chaos and to shape events during this pivotal moment in history. â€œUbisoft has established itself as a creative force in the video game industry by developing new intellectual property and turning it into multimillion-unit selling brands,â€ said Serge Hascoet, chief creative officer at Ubisoft. â€œOur goal to introduce three new brands into the marketplace every two years is working. With Assassinâ€™s Creed weâ€™re introducing a franchise that will establish itself as the must-have next-generation game for the next-generation gamer.â€

It’s going to be present at E3 so we will see if the game is going to change videogaming as we know it, but we won’t get our hands on it until 2007. 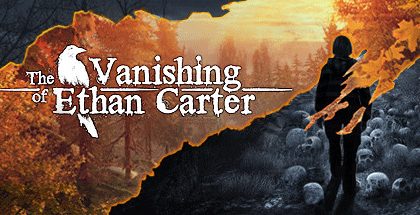