Whenever I see anything to do with Fatal Inertia, a PS3 exclusive, I always think of the podrace scene from The Phantom Menace. But to be honest, it doesn’t look quite as fun. Well, that’s until I saw the teaser trailer released the other day. It’s high on fluff and low on showing what the game will actually look like. But there are snippets that show you the potential that the game has, and it looks like it might be better than I originally thought. I guess I should have had more confidence in my fellow Canadians, because this is being developed in the Toronto studio of Koei. 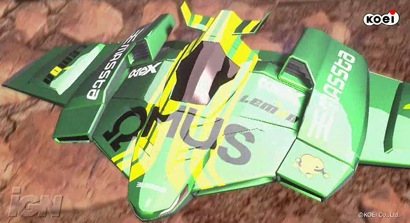 One thing is for sure. Those hovercars sure are shiny!