I’d never heard of gaming lag until a friend of mine with an LCD HDTV complained about it to me one day. Apparently, the image on his screen was being displayed just a bit after it really should. So my friend would react to something that he sees on screen, but his reactions were always too late. Therefore, gaming became a very frustrating experience for him, and he couldn’t use his nice LCD rear-projection HDTV to play video games.

I had no idea what he was talking about. 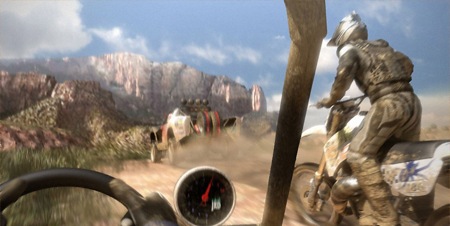 It never happened to me, and this article from IGN helps explain why. Some kinds of displays are less affected by gaming lag than others. IGN points out that CRT displays are among the least affected, and I have a CRT rear-projection HDTV. So that was explained. But I think that IGN also puts the finger on the real problem. It might be that CRT displays are less affected, but I think that it’s more to do with the video processing that is part of the HDTV. The HDTV has to take the incoming video signal and process it for display. It might have to do some deinterlacing. Some scaling. Sometimes a display will do colour correction, edge enhancement, and other fake effects to trick you into thinking you see a better image when in fact you’re just seeing a less accurate one. IGN points out that often these things can be disabled, and that some HDTV’s even have gaming modes that disable these things for you.

What does this mean for you? Ideally you could bring your console into a store and try it out on a display that you’re thinking of purchasing. Often that’s not possible. So you’ll having to do some research on the internet, and see if gaming lag is a problem for the set you’re thinking of buying. You can also see if the set has a gaming mode.

It’s not really a problem we need. We already have to think about DLP versus LCD versus whatever. HDMI and 1080p. PVR and cable versus satellite. Etc. But if you don’t make sure that your television doesn’t suffer from gaming lag, you could be in for a very frustrating experience. Take it from my friend – it’s not a pleasant experience.