My basement is currently a concrete floor and exposed joists and insulation. It’s my pride and joy – it’s where I go to store stuff. 🙂 But one day I hope to make it do just a tad bit more than store stuff. I want it to be as awesome as this: 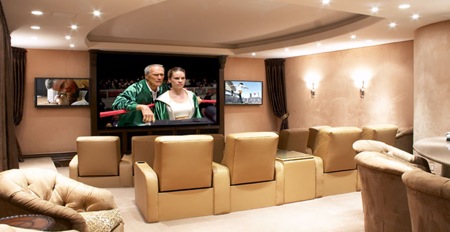 Well, to be honest, I don’t think I’ll ever have the budget to put together something like that. But I do have plans to make a pretty cool home theater slash office space. No home theater, in my mind, would be complete without some serious gaming technology. In this case, they do the whole Xbox 360 thing. No walking over to a closet or stand to swap out games. The console is right there where you sit! (That was part of my plan – they stole my idea!) 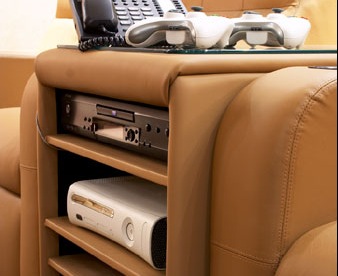 Of course I plan to procure myself a PS3 as soon as November 17th rolls around, so my equivalent pic to this one would look a little different. But it’s still pretty cool.

Does anybody here have a dedicated home theater / gaming room? What kind of setup do you have? I’ll go first. I have a Hitachi 57″ rear-projection CRT HDTV. Some Linn 5140 and 5120 speakers. A Paradigm Servo-15 sub. A JVC DVD player and a Harman/Kardon AVR500 receiver, which I hope to replace as soon as I can with separates.