C&VG has a couple of little snippets of info about Call of Duty 3 but nothing major. The game is apparantley still rumoured to be a possible PS3 launch game but a bunch of different websites say it isn’t going to be released until 2007.

The game might utilise the motion sensor in the PS3 joypad & it might not but the Wii version definitley will so don’t be surprised if some part of the PS3 version features motion-sensor use. Not sure if that made a whole load of sense… 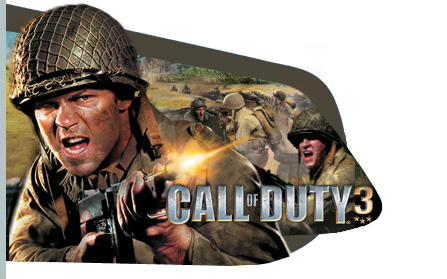 There still has been no sighting of any PS3 footage of Call of Duty 3 but Activision say it will be identical to the Xbox 360 version.

I know Henning will be pleased if this makes it in time for the PS3 launch or just after.

The short video on offer looks nice but it kept stalling & skipping when I viewed it but it just might be my rubbish PC.

Too Much Bad News from Sony?