IGN has had hands on time with the Xbox 360 version of Tiger Woods PGA Tour 2007 & there are a few notable changes to the game from the Tiger Woods ’06.

There will be 12 courses for you to smack the little white ball around compared to the disgraceful 6 that featured in Tiger Woods ’06 on the 360, with 15 golfers to choose from. That’s still a lot less than what’s featured in current gen games. However Tiger looks incredible apparantley thanks to the new Universal Facial Capture Technology. Sadly only Tiger has been created using this technology. 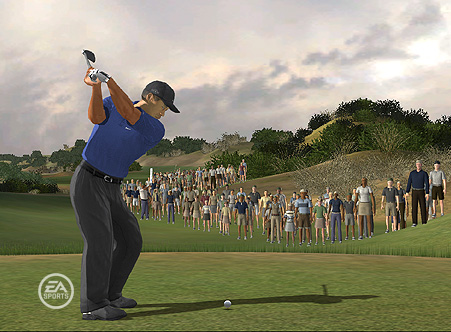 The PS3 & 360 versions will apparantley be nearly identical with just a few visual differences.

The EA Sports Tiger Woods website has more images, tons of info, a producer interview & strangely there is no mention of a PS3 version at the top of the main page.

Too Much Bad News from Sony?