Lord of the Rings RPG for PS3

EA has annonced that their project code-named Project Gray Company is actually going to be the game Lord of the Rings, The White Council. The game is scheduled to ship in late 2007 for the PS3, as well as the PC and Xbox 360. 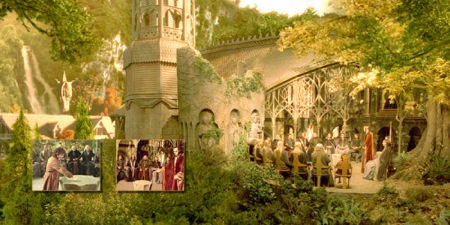 Not much is known about the game, but there is a little info. Executive producer of the game Steve Gray said, â€œYou can choose to follow specific Story Quests, embark on a range of other types of quests, or set off on your own adventures in the massive open world environment.â€

In case you’re yearning for some videos and screenshots, IGN has some.

I have LOTR:RotK for the PS2 and it’s a great game, and I’ve been playing it co-op (of course) with my friend Mike. We got stuck, though, on one of the levels and we haven’t played it since. 🙁 Of course, these two games are totally unrelated, so I don’t know why I mentioned that. Just to express some frustration I guess.

Next Generation – Next-Gen Lord of the Rings RPG Unveiled