It looks like Clive Barker is planning on giving Resident Evil 5 a run for it’s money with a new action horror (whatever happened to survival horror?) game entitled Clive Barker’s Jericho:

Jericho deals with the mysterious reappearance of a lost city in a remote desert. When a form of evil that goes right back to the dawn of days resurfaces from there, a Special Forces squad, trained in both conventional warfare and the arcane arts, is sent in. Their mission: Hunt down and destroy the evil that lurks at the heart of the city before it destroys humanity. 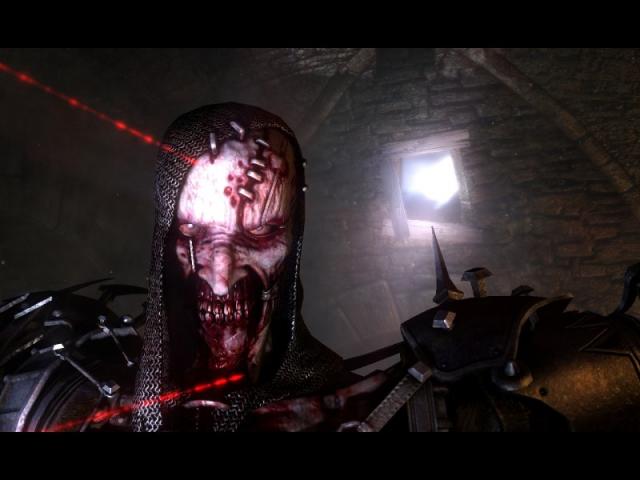 Well I bet you wouldn’t kick that out of bed in the morning! 😯

I haven’t read any of Mr Barker’s books nor have I seen any of his films because I’m a big scaredy cat & don’t like horror films but it seems as though he is certainly taking the job of scaring gamers out of their pants, very seriously:

Players will constantly be given new challenges, new environments, and yes, new horrors and abominations to face every step of the way. However, unlike a conventional game in which the characters are attempting to escape at the end of their ride through Hell, our protagonists have a much more difficult task. The closer they come to the end of their trek into darkness, the nearer they get to the source of that darkness: Evil Incarnate, weâ€™ll call it for now…

Give me some kick ass weaponry & I’ll blast this Evil Incarnate’s ass back down to Hell. Give me a torch & a radio & I’ll cower under the bed & never play a horror game again. Silent Hill I’m looking at you!

He certainly seems enthusiastic about Jericho but with Resident Evil 5 possibly due out around the same time (late 2007) he has a hard task on his hands trying to steal Resi’s crown.