GameVideos.com has a 7:28 long video of Untold Legends: Dark Kingdom in action & it looks no better than God of War & Spartan: Total Warrior that I played on my PS2. Although I had a lot of fun slaughtering my way through both games & they both looked great on PS2, I’m expecting a little more than basic hack ‘n slash & much sharper visuals from a PS3 game. 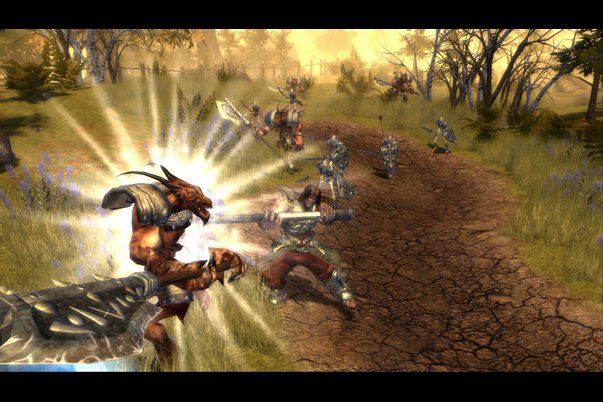 The water looked nice but it didn’t react the way water should when someone is wading through it or fighting in it. There should be a lot more realistic splashing & ripple effects than what was on display in the video. You shouldn’t see weapons appearing through solid stone either.

Still, it’s a first wave game so I shouldn’t really be too harsh on it but they really should be able to do away with the poor collision detection.

EDIT: Worthplaying.com has some in-game images of UL: DK for you to check out along with the video found at the above link. Nothing too spectacular at the moment & it’s not the type of game to show off your PS3 to your friends.