Several of you know that I think multiplayer is what playing video games is all about. And I don’t mean internet play. I mean playing video games with friends, shooting the breeze, eating some snacks and complaining that Steve took the last brownie. 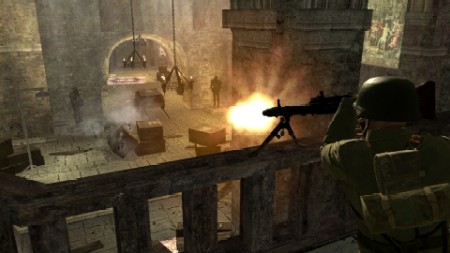 Usually I play with three other friends, but sometimes just two of us play those games that are are two-player co-op, like LEGO Star Wars. Internet play never really appealed to me, but with this latest move from the makers of Call of Duty 3, I may have to check it out.

They’re going to support split-screen internet play. So now I can have a friend over to play co-op, over the internet! We can get killed over and over and over again by people we don’t know, together!

Call Of Duty 3 to Have Spilt-Screen Internet Play

Sony Reveals How to Transfer PS2 Data to PS3