Following on from the possibility of F.E.A.R. coming to PS3, there’s more images of PS3 launch title Resistance: Fall of Man, courtesy of QJ.net. 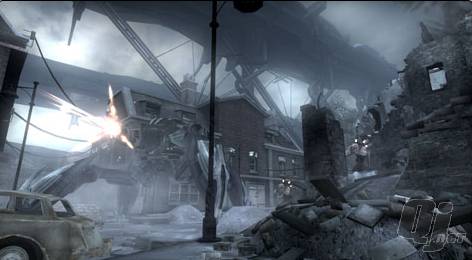 It’s a great looking game but will it be good enough to compete with the likes of Half Life 2, Call of Duty 3 & possibly F.E.A.R.? I’ll be surprised if HL2 is released before the end of 2006 so it’ll be competing mainly with CoD3 at launch (if both games definitley make it of course).

Henning seems to favour the more realistic setting of CoD3 but from visuals alone, Resistance looks a lot prettier on the eyes. That counts for nothing if the gameplay is rubbish of course but it’ll be interesting to see which of the two games sell more copies later this year.