Well that’s if we’re lucky. GamesIndustry.biz claims that CentreSoft, the official UK distributor for the PS3, called a meeting a couple of weeks ago with independent UK games retailers to discuss various hypothetical launch scenarios. 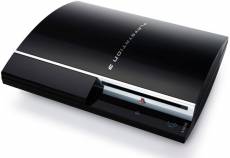 Amongst the “hypothetical scenarios” that were discussed, was the Â£150 deposit plan. An anonymous retailer had this to say about how the scheme could pan out:

“The brief was: guaranteed day one stock – if I take 400 orders I get 400 on day one, not the launch window. But to ensure that, we’d have to give up the whole deposit to Sony.â€ the retailer said.

I personally think this is a great idea for people who actually want a PS3 as you will pretty much be guaranteed a PS3 once you’ve paid your deposit. Plus, once the retailer has received deposits for all their allocated stock, they will then stop taking deposits. Well they should!

No launch plans will be announced for over a month but I hope they go with a deposit scheme as it’s probably one of the safest ways for people to get a PS3, while everybody should be informed once a store has recieved deposits for all it’s stock, limiting the amount of people dissapointed if they don’t get a PS3.

I’m still waiting for an official UK price for the PS3. It’s been stated that the 60GB PS3 will cost Â£425 while the 20GB PS3 hasn’t even been confirmed whether it will hit the UK at all.

However Sony hasn’t actually officially announced the UK price or if both packs will be available at launch, so I’m guessing they’ll announce everything at the same time when they unveil their official UK launch plans, hopefully by the end of September.