The whole world lies in ruins. Humanity is almost annihilated. Due to the high-level of radiation cities became unsuitable for living. Outside cities, as rumours say, there are endless burned out deserts and wilds of mutated forests. The survived still remember about the past greatness of human. But the remnants of the civilization gradually become just memories, spin with stories and turn into legends.

Since the last plane took off the land more than twenty year has passed. The corroded railroads lead to nowhere. The air is silent, and the radiomen hear only the cheerless howls while million times tuning in frequencies on which broadcasted New-York, Paris, Tokyo and Buenos Aires before. Only twenty years has passed since IT happened. But human yielded the supremacy on Earth to new species. The mutated by radiation and other consequences of the happened creatures are more adapted to the changed world.

I’m not so sure about games like this. I know people love their Resident Evils and such, but it’s not really my cup of tea. At least the Metro 2033 screenshots look nice. It’ll be available on PC and PS3 in 4Q 2008. 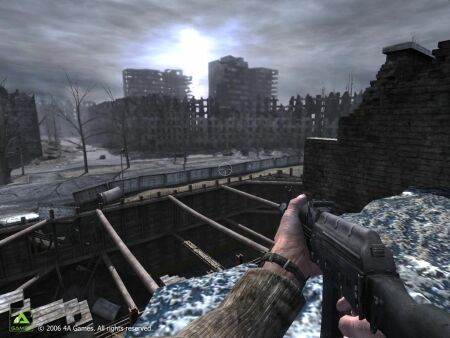