You can view new trailers from Sonic The Hedgehog at Gametrailers.com, where you can see Silver in action using his psychic powers to control huge boxes & watch Sonic hitch a ride on an Eagle.

In case you have forgotten, here is a recap of what is known & rumoured about next-gen Sonic.

The camera will be controlled using the right analog stick while the shoulder buttons will more than likely be used to re-align the camera so it ends up back behind your character if it’s at a weird angle.

Both Silver & possibly Shadow will have their own adventures once they have been unlocked with considerable emphasis on Silver’s levels, giving them more of a unique feel compared to Sonic’s. 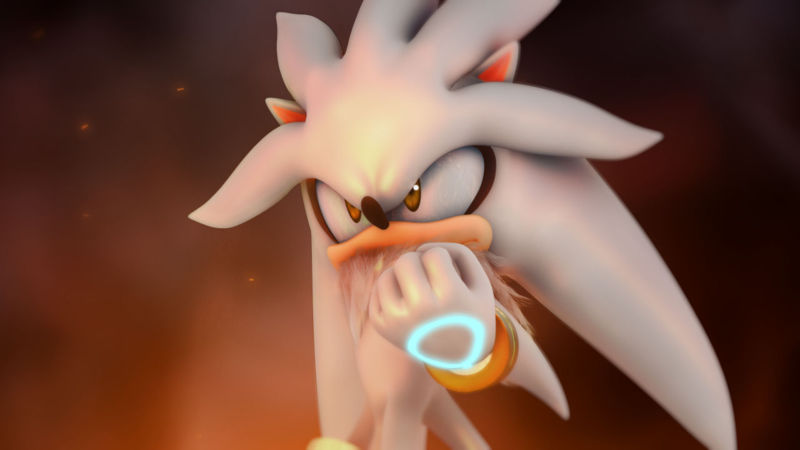 On top of that, don’t be surprised if Tails & other characters from previous Sonic games make an appearance to assist Sonic. This will make a certain Sonic fanboy very unhappy!

Interestingly, an article on Wikipedia states that Blaze the Cat has some sort of connection with Silver so will she be in the game? I wouldn’t be surprised if she makes an appearance (you read it here first if it’s true. If not erm…..blame it on me not having a day off for over 14 days).

You will have to use the scenery more when you play as Silver making his levels decidedly slower than Sonic’s but no less entertaining.

There probably won’t be any motion-sensor use in Sonic as the game was already in development before Sony’s surprise announcement at E3.

You can watch a couple of new Sonic trailers here at GameTrailers.com. Just scroll halfway down to find the Aug 23rd trailers.

Or you can download more Sonic trailers from QJ.net