Two new screenshots have appeared today via the Japanese Game and Watch website. Not much is known about this game, but it’s believed to be similar to a Safari simulation. The first shot shows giraffes moving across a plain in front of a glorious sunset. The second, thumbnailed on the right, shows a herd of Zebra grazing on the planes. It also appears there are some Wilderbeast in the background. So far this sounds like the least “videogame” err… application on the PS3, but it could be really cool for kids or anyone with an interest in safari animals and how they behave in the environment.

I read today that this game isn’t leaving Europe… well if that’s true I think it may be worth an import or at least a look when it comes out here. Everyone remembers the E3 2005 CGI shows, mostly for Killzone, but also Motorstorm… well whilst we haven’t seen any of Killzone yet Motorstorm looks set to give those who said that graphics of that quality would not be possible on the PS3a run for their money. As this shot shows the quality of the visuals on the drivers has improved vastly- you can now see detailed body parts and clothing clearly as well as been able to make out details on the bike such as the gauges. This second shot, also in game, shows the deails on the drivers again, and, judging by his flight, that there will be some ragdoll physics to control what happens to bike riders who get knocked off. The field of opponents appears to be growing and this shot shows vehicles can range from lightweight buggies to larger and heavier fire trucks… all competing for a similar stretch of road. Other shots show larger and more detailed environments and more car shattering effects. If this game is only destined for European shores that means that Evolution Studios (who did the WRC games on PS2) have another SIX MONTHS to finish it. With the title looking this good at this stage I’m confident the final product will appear really polished.

I had found a few new Formula One shots earlier this week, but now I believe they could just have been artwork… anyway to make up for that here are some real ones! Fans of Tiago Monteiro rejoice (for those wondering- he’s the Portugese driver who got his first ever podium finish last year in the farce that was the American Grand Prix where only 6 cars raced), as the shot to the right shows details on his helmet have increased and all his sponsor’s logos are now visible (hello free publicity!), the bodywork seems very detailed, but as of yet the mirrors do not appear to be working. Maybe Tiago needs to two PSPs there instead :wink:. A second screenshot shows an over the shoulder view, both these camera angles are used in F1 coverage, albeit it rarely. Clearly this is the second lap of a race around Monaco, with Tiago stuck in 21st place but right up Scott Speed’s (American- driving for Scuderia Toro Rosso) tailpipe. The onscreen graphical layout (with the exception of the map and lower left hand corner information) is exactly what global formula one viewers see during grand prix, the attention to detail is pretty impressive- check out the advertising boards, trackside details and even little aerodynamical aids on the car! The final screenshot shows Aussie Mark Webber coming down the start/finish straight at Imola past the team’s pit boxes.

Finally IGN also have a preview of what Sony have said US box art styles are to be like. It appears they will be based on the size of Blu-ray boxes, and using the final artwork for Untold Legends (which included the PlayStation logos on the left) they came up with this: 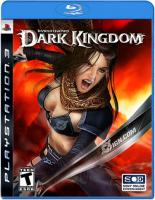 It’s worth noting that the Blue parts are just assumed by IGN, I’d personally hope and expect Sony to go for a much less eye-bleeding black with silver PS logo rather than trip over themselves to promote Blu-ray! What do you guys think?