More on Resistance: Fall of Man, for the PS3

IGN has another summary piece on Resitance: Fall of Man. The article covers a lot of stuff that we’ve heard before, but has a lot of information. So you might want to read it just to see if there’s something you previously missed. For example, they talk about the weapons, and I didn’t really learn anything new. They talked about the AI, which is supposedly pretty good, with enemies trying to do flanking maneuvers. Depending on the type of enemy, the AI will vary. I didn’t know that. Etc.

The real good stuff here is the videos. I especially liked the one IGN titled “Manchester United”. It had lots of gameplay, showing off grenades as well as what seems to be the primary rifle weapon. A friend pointed out that there doesn’t seem to be a lot of strategy there, but there’s still a lot to learn. On the other hand, this is a FPS, not an RTS. 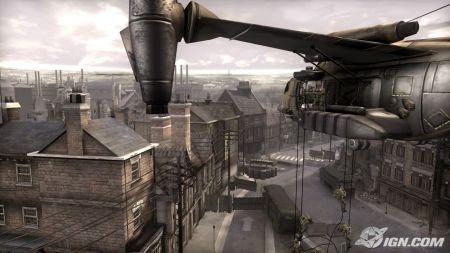 So do yourself a favour and check out the videos. They’re quite cool. If you’re an IGN Insider (like me!), then you’ll be able to watch them in HD!