The latest issue of Famitsu Weekly seems to be bursting with loads of PS3 related info, & next up we have some scans of MGS 4. Just click the images below if you want a larger view of each image. 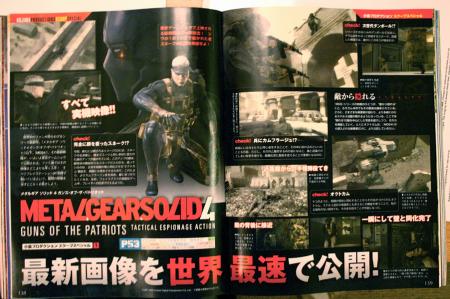 You can see Snake sneaking around in a barrel at the top right corner of the above image, so is that an end to the famous cardboard boxes sneaking approach? I always loved using them to sneak about in. Watching as the guards kicked the box then lift it up to find Snake crouching there! 😆 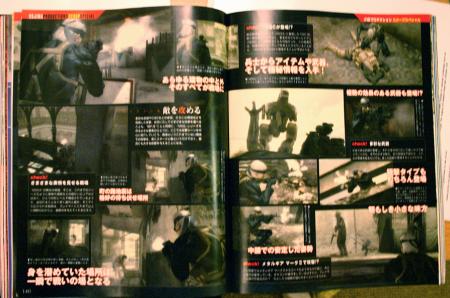 Famitsu has also watched the new trailer that will be present at TGS which will be made up entirely of gameplay footage! Though the camera angles have been modified to give people a clearer view of what’s going on.

I can’t wait to see the new MGS4 trailer! I’m really hyped about TGS ’06 mainly because of the calibre of games that will be in playable form and hopefully a surprise announcement from Sony…