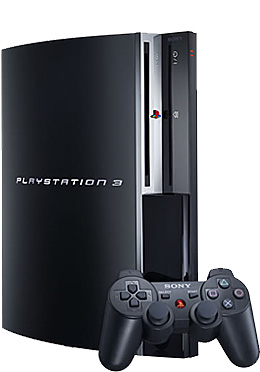 Listen… carefully. What can you hear? Well, unless you live near a main road or have really noisy neighbours, hopefully you cannot hear anything. And the situation will apparently be exactly the same when you turn your PS3 on and off. Whilst Sony claimed in their specs sheet back at E3 that they were seeking a sound and heat output of equivilent level to the PStwo, many believed this to simply be idle marketing speak.

Well, if a report from a GamePro blogger is to believed, Sony have actually achieved what they set out to at E3. Not only does he reveal the power supply within a developer’s TEST (ie check the game works on a retail unit) PS3 is definitevly internal, but he also states the machine is pretty quiet with “minimal fan noises” and a low heat output. Good news for those seeking to use the PS3 as a Blu-ray player without having to put up with a background “woosh” noise. This ties in with other (less reliable sources) I have read that have implied the machine makes its loudest noise following it start-up before quickly quieting down.

I have also read, on good authority that the PS logo on the sixaxis (if that is its real name) flashes red when it is searching for bluetooth signals, something that ties in with the picture on the right from the circuitcity website. Lets hope those red lights aren’t used as red LEDs of death though! 😉