Regular readers of PS3Blog.net will have noticed I have a ‘soft spot’ for the DMC series (apart from DMC2 😡 ) so you can imagine how excited I am at DMC4 being present at TGS ’06 in playable form.

First off, the DMC4 website has been updated with some new images & a truly awsome trailer featuring some jaw dropping in-game combat and I dunno about you, but I get the feeling that Dante & Nero aren’t best friends. 😀 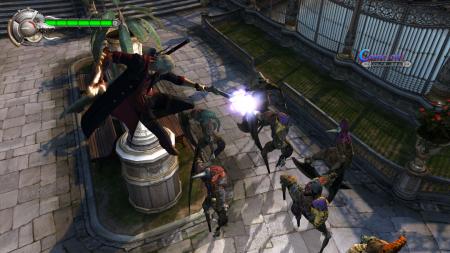 In the trailer we see Nero using his Devil Bringer techniques to great effect dealing out some stunning combos to the various enemies. We also see an awsome showdown between Dante, with designer stubble, and Nero wearing a sling over his right arm, possibly before the powers in his right arm are unleashed.

I can’t get enough of that trailer, I really can’t. 😯

It looks as though Dante is going to be a nuisance during your journey as Nero and for me I’m going to enjoy every single second of Dante messing with Nero which will make the game very surreal. I’ve never rooted for a ‘bad guy’ when I’ve controlled the ‘good guy’, although Dante is not the baddie in my eyes.

Dante can be seen in action fighting that flame-engulfed bad ass in the trailer so you won’t just be controlling Nero. I still wish Dante was the main character. 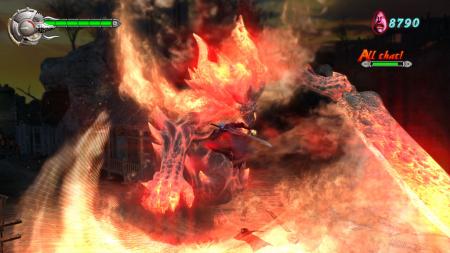 It’s clear DMC4 isn’t pushing the PS3 anywhere near it’s limits but I’m more than happy with what I’ve seen so far. This game is one of the main reasons why I’m buying a PS3.

There’s also news that DMC is turning into an Anime which will be aired on Japanese cable TV next year.

DMC4 Gameplay video but no sound