Gran Turismo HD looks like it could be a great game on the surface- GT4 in HD, with an online mode, more competitors, Ferraris and a demonstration of what to expect from GT5.

Then Sony and Polyphony Digital did something rather strange. They fiddled with the formula by which people buy console games. Within minutes of Famistu’s article being translated gamers were up in arms; quite reasonably too. “How dare they charge us for a game that actually has no content in it!”, “This game will cost up to $800 now!”, “So this is what micro-transactions mean… :x”…

Well now some more details have come to the surface:
*GTHD is likely to have a very low retail price- probably only a few dollars.
*GTHD Classic mode does indeed come with no cars, tracks or parts.
*GTHD Premium mode is a GT5 demo coming with 30 cars and 2 tracks. These can be doubled through downloads.
*AI and damage upgrades will be available as time goes on.
*The online mode is pretty much exclusively focused on GTHD Classic and offers the following options: 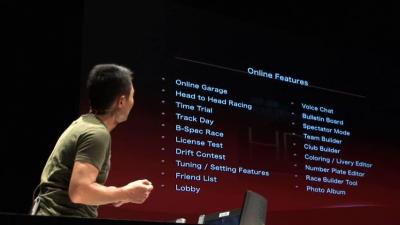 The most interesting of these being:
~Online garages- implies you can look at other racers’ collections.
~Drift contests- Just sounds interesting and challenging.
~Team and Club building tied in with numberplate, colouring and livery editiors.

Sounds great! But it’s the microtransactions thing. It’s the sticking point and it completely changes the nature of the game. You’re usually used to getting a reward for winning a race. Not this time around though. I worked out that I would probably buy somewhere in the region of 50 cars- the majority would be supercars and non-road cars (the 770 figure rerpesents a nice choice though). Based on the price quoted that would probably cost me at most $50. That’s already fairly expensive, but my problem isn’t so much the price of the cars… It’s the price of the tracks. All 51 tracks would cost you somewhere uder $230! Even if I didn’t want all of them I could only knock myself down to spending around $100. I really hope Polyphony and Sony offer some deals- track packs, and car packs- to make it less of a burden, although if I’m really honest I would like to see all the tracks included in the game with later ones added at a premium download price.

The odd thing is that I can see this game selling in vast amounts, simply because it’s so cheap. Hell, you might as well get it and I certainly will, you aren’t under an obligation to buy anything and you could just play Premium mode all the time (although that would become rather boring)! I think that is exactly what Polyphony and Sony are gambling on though- that you buy the game, and then Polyphony will get you hooked in to buying and trying out more cars and tracks. Great business model, not so good for the fans like myself though!

In a way it makes sense- since the game’s focus is online and not achieving cup after cup after cup to collect cars and get rewards, but it would also be nice to have a choice of every car right at the start. What I would really like to see is the game coming with some free microtransaction points to get you started and then rewards of some more points if you succeed in online cups and leagues, it would just make things easier on the consumer.

IGN has a detailed overview of the GT conference that Kaz gave.