Wii versus PS3 at Amazon Japan

QJ.net has an article about how many PS3’s and Wii’s are being pre-ordered at the Japanese Amazon.com website, and I find it just a tad interesting. 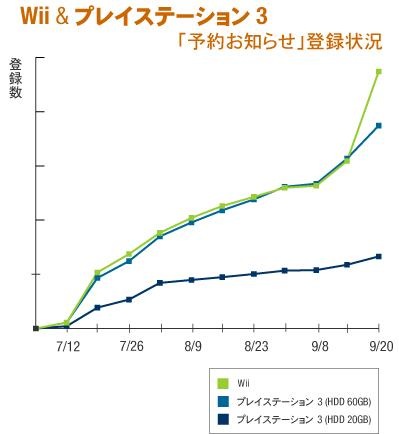 The Wii has more interest than the 60GB PS3, but when you combine the two versions of the PS3 together, the reservations for all PS3’s zooms way ahead of Wii reservations.

Normally I wouldn’t care much, except for the fact that people keep saying that Wii is the dark horse that’s going to take the next-gen console market by surprise. (Although I don’t see how it can be a surprise if everyone’s talking about it.) But according to Amazon, right now the PS3 is what is garnering more interest.

The next-gen console war: what Amazon Japan can see