I still think that this is one game every PS3 owner should pick up on release provided it is priced cheaply. Thirty cars and two tracks may not seem like a lot, but it sounds like you won’t have to pay much for this- basically it sounds like you would pay $5/Â£5 or something for a fairly large demo of GT5. Not ridiculous considering magazine with demo prices. Then you can dip into and out of micro-transactions as you please. In the end the game is only as expensive as you make it. 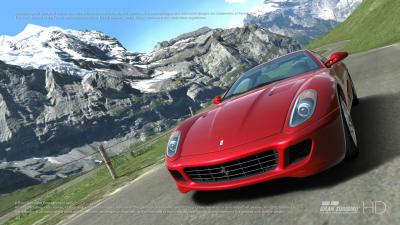 Anyway, CVG has released its interview with GT creator Kaz and a few extra details have come to light. Firstly the prices of the cars and tracks have yet to be decided, now this is where community feedback is important- if enough people complain about something then the company will react and rethink their strategy. The tracks cost way too much money based on the speculative pricing scheme Polyphony. Change it or nobody will buy them. The cars are just about OK price-rise- you would never buy them all.

Kaz also speculates that GTHD will be used in 10-30 minute bursts, whereas the full GT series had a pretty set amount of gameplay (around 100 hours in GT1), implying that GT5 will be a return to the more traditional series format when it get released (probably in late 2008). He also reveals many of the features for GTHD online (as listed in the slideshow image I posted a week ago) will not be ready out of the box. AI enhancements are planned at the end of this year and before July 2007 with the intention being to make the opposition drivers more human.

Kaz notes that GTHD Premium (the “GT5 demo mode”) will be an arcade-style game and that the second on disc track will located somewhere in North America (this adds to the downloadable London track). He goes on to reveal that Premium mode will feature licence tasks set by Polyphony (possibly for prizes) or your peers. He also hints that the future for GTHD will include more car customisation and things like aero kits and suggests that one day it could be used by manufacturers to demonstrate future models on virtual track days to create online hearsay and buzz about them, a great concept. Finally, at the end of the interview, lucky Kaz reveals his impressive real life car list including a Ford GT, Mercedes AMG SL55 and Porsche GT3!