Ted Price, the CEO of Insomniac Games, has produced a rather nice FAQ about Resistance, Insomniac and pretty much anything anyone could ask him. 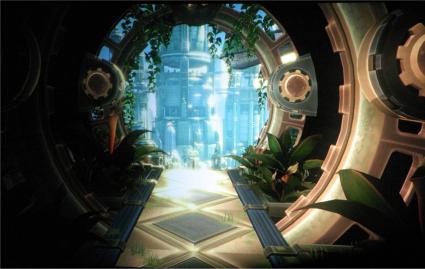 An early Ratchet PS3 screen from E3 this year

He covers some old ground (what he means by Resistance only being possible on PS3), but generally delivers some good information. Here’s what sprang out at me:

#The Resistance website will be updated tomorrow (Wednesday 11 October), and another site is due soon.

#Control sensitivity is adjustable to make the game easier to handle.

#Ratchet and Clank PS3 is well into development- the environments and characters, apparently, look stunning. He hints there will be a greater level of puzzle interaction.

#Resistance is a story narrated by British Intelligence officer Rachel Parker. Events that take place on the game are designed to emphasise this alternate Earth where there was no Bolshevik revolution or Second World War.

#Which weapons you choose to use depends on your style of play although some are more advantageous than others in certain situations.

#It is likely the game will feature some downloadable content or features.

#There are three vehicles in the game (although none will be used in multiplayer), one is British, one is Chimeran and the other is left a secret.

#Resistance supports headsets for communication, but not mice and keyboards as that unbalances things in multiplayer.

#Insomniac is independent of Sony, whilst they have an excellent relationship, that’s the way it wants to stay!

Ted comes across as a nice guy here and answers questions from all sources, it’s not surprising Insomniac Games is one of the best small businesses to work for in America!

Henning has also alerted me to this amazing new Resistance video…