The first game of the Def Jam fighting games to appear on next-gen consoles has been announced today under the name DEF JAM: ICON, developed by EA Chicago.

Apparently the Hip Hop music and the environments featured in the game will play a major role in how the fighters … erm … fight:

â€œIn DEF JAM: ICON, we are changing the way fighting games are played! We are completely innovating the role of the environments in the games, moving from the typical lifeless arenas the hip-hop celebrities are fighting in to environments that play an instrumental part in the fight where they will react to the music and interact with both characters like a third fighter.â€ 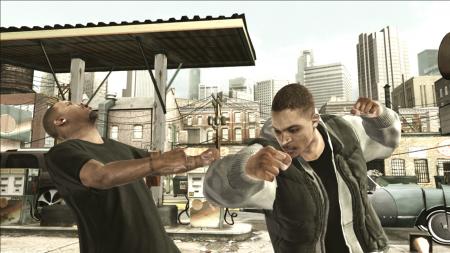 Three Hip Hop superstars have been announced so far; Ludacris, T.I. and Outkast’s Big Boi, with you playing the role of a Rap mogul wannabee trying to make it to the top. Something like Eminem’s 8 Mile and 50 Cent’s Get Rich Or Die Tryin’ films only with no holds barred combat as the main theme.

Although I like my Hip Hop/Rap music, I never actually played the two Def Jam games for PS2 even though they both looked like a lot of fun and featured some of my favourite rappers so I can’t really comment on how they played or what I would like in a PS3 version. 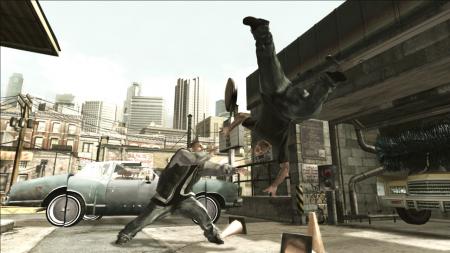 I’m hoping the tilt control in the SIXAXIS could be used as well with “Innovative controls give better feedback to players so they feel like theyâ€™re actually throwing the combat moves.” Hmmm.

It’s scheduled for a March 2007 release for both the PS3 & Xbox 360 making it a likely European PS3 launch title.

You can read an early preview from IGN here.

One thing that jumped out of me in that article is the fact you can put any of your own personal music collection, from any genre, and play it in the game and it will still influence how the game plays.

A little bit of Coldplay maybe? 8)

[edit: You can watch the first gameplay footage here.]

Poll: Are You a Multi-Consoler?

PSM US runs through the XMB menu