Okay, okay. Please don’t roast me for having such a duuuuhmb moment. But ever since they announced the new controller for the PS3, I was wondering one thing: what does six degrees of movement really mean? Does it mean yaw left, yaw right, pitch forward, pitch back, roll left, and roll right? That’s six things. Personally, I thought that it was really just three: yaw, pitch, and roll. But you know marketting-speak as well as I do. There’s no guarantees as to what Sony meant. So I was always wondering if the SIXAXIS controller could only detect rotation, or if it could detect linear movement as well. 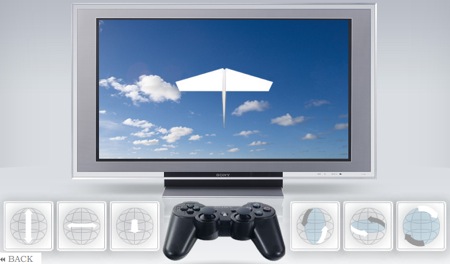