GamePro got a chance to talk to Jade Raymond, the producer of Assassin’s Creed. Ubisoft’s office in Montreal is the one creating Assassin’s Creed, and Jade was asked about that. I enjoyed her reply:

Being from Montreal I’m obviously a little biased but anyone can see that there’s a suspicious amount of original media coming out of the City these days. A lot of the most innovative games have been coming out of the Ubisoft Montreal Studio […] . Being neither the US nor Europe but rather a mix of both, I think we are constantly trying to define our own culture. That and living in an igloo through sub-zero weather forces indoor activity and creative reflection.

Being a Canadian myself, I get these kinds of jokes. Actually, I live just two hours from Montreal. If anybody at Ubisoft is reading this, can you get me a tour? 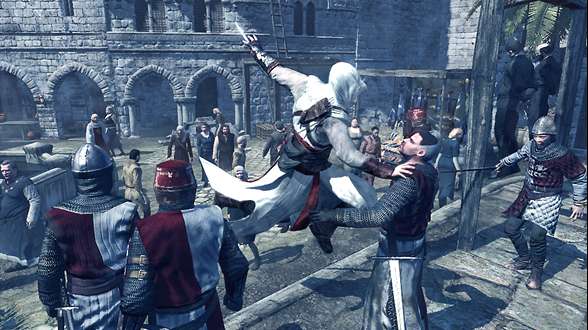 Anyway, the interview continues, and gives some cool background information about the game. I don’t just want to repeat it, so head on over to GamePro to check it out.