Insomniac Games stated in a recent newsletter that Resistance has been completed and the next Ratchet & Clank for the PS3 is now in full production!

This game is scheduled for a late 2007 release. It’s still early in development and there are no good screenshots for it yet, so these images are from the earlier PS2 game “Ratchet & Clank: Up Your Arsenal”. 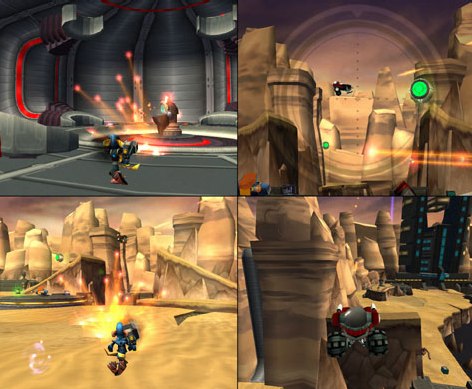 Many people make the mistake of ignoring this series because it looks cartoony and childish. While this game lacks the blood and gore of more traditional shooters and it has a very cartoony visual style, the gameplay is as good or better than any other action shooter on the market. The weapons, enemies, levels, vehicles, and gameplay modes are all extremely well done and balanced. And while the art and writing are acceptable for kids, the humor appeals to adults and the gaming enthusiast crowd. 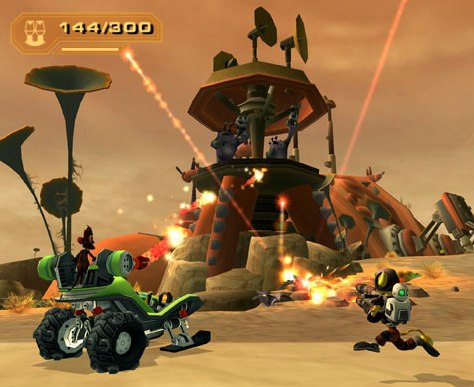