Well IGN have been busy! I’m assuming a news embargo ended today, but they have hugely detailed PS3 impressions. Which I’m going to cover in brief here! 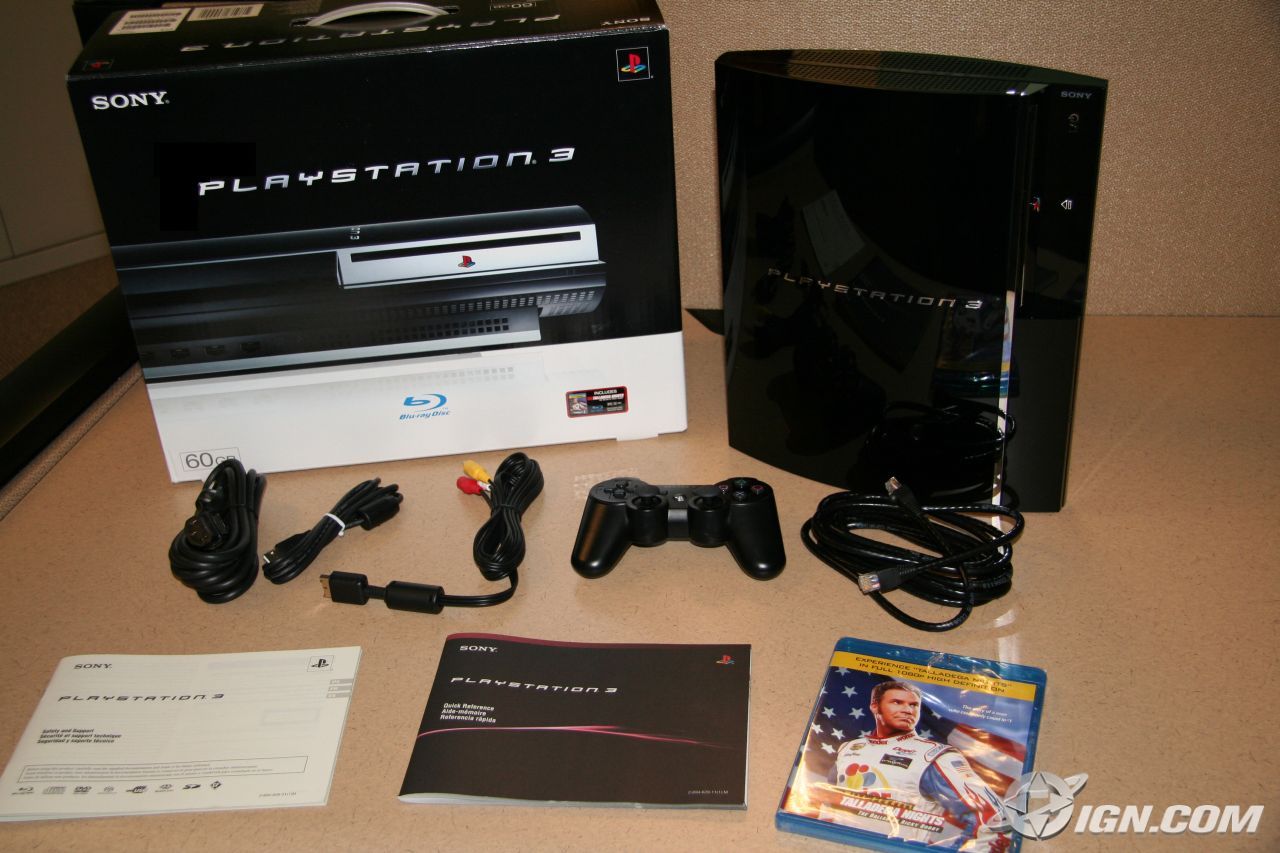 The first thing they discovered was what was in the box (natch! 😉):
* One Sixaxis controller (with a 20 meter wireless range and 30 hours of battery life on one charge. According to Sony it’s “ready to go out of the box.”)
* AC cord (no external power source or brick)
* USB mini-cable
* Ethernet cable
* Multi-AV cable with composite connectors
And for the lucky first 500,000 US PS3 gamers- Talladega Nights.

They then go on to look at the PS3’s virtual PSOne and PS2 memory cards. The surprising thing is these virtual memory cards really mimic the hardware ones. PSOne memory cards have 15 blocks, PS2 memory cards are capped at 8MB, thankfully though you can create as many memory card slots as you wish. You can only have two virtual memory card slots for the games and can select which slot your card is in. Speaking of backwards compatibility PS3 does not upscale PSOne or PS2 games and will not play other region titles, it’s also worth mentioning that despite PS2 architecture living inside the PS3 there are some issues with certain games, keep your eyes out for a list of any problems in the future. Due to the nature of its hardware, Guitar Hero II’s Guitar does not work. 😥

Back to multimedia functionality! IGN reports that the PS3 plays back video at 1080p with no restrictions. The PS3 is “limited” to the following formats: AVC, MPEG1, MPEG2, and MP4 videos, no xVid/DivX compatibility was mentioned. In terms of music the PS3 does allow you to navigate the XMB view pictures, browse the web and change settings while the music plays. When you ask the PS3 to do a competing task though (play a video for example) the music stops. Web browsing appears to be quite functional although annoyingly the PS3 suffers from the same memory issues as the PSP, albeit with a much higher threshold (IGN tested three memory heavy windows before the PS3 gave up). PS3 will not play embedded Quicktime or Windows Media Player videos either. It sounds like you ought to think of the PS3 browser as a more functional version of the PSP browser ;useful but with some limitations.

But where are you going to store this wealth of content? Well Sony has you covered with the 60GB HDD, but if that is not enough IGN confirms that any Serial ATA drive can be used. Whilst I would recommend sticking to 2’5 inch drives somebody with a 350GB 3’5inch drive has already managed to create an (ugly) work around. How about if you own an mp3 player? Well the PS3 can access pretty much any drive you connect to it, the problem comes from the file layout, although there is a slightly cumbersome work around whereby you can view all files on your device.The PS3-PSP remote play option is available on the PS3 side of things, but PSP’s 3.0 firmware is needed before it can be properly tested.

Other tidbits- there is no sleep mode on the PS3; bluetooth headset support appears to depend on whose headset you have.

I’m sure there will be plenty more to come!

Poll: Launch Day PS3 for You?