IGN has provided the first internet review of the PS3’s most highly anticipated launch title Resistance: Fall of Man. Unlike the other reviews available this week Resistance seems to live up to the hype, in fact when a review begins:

Owners of some gaming systems have to wait years before they get a true “killer app,” but PlayStation 3 users get theirs on day one.

You generally get the feeling you will be in for something special. 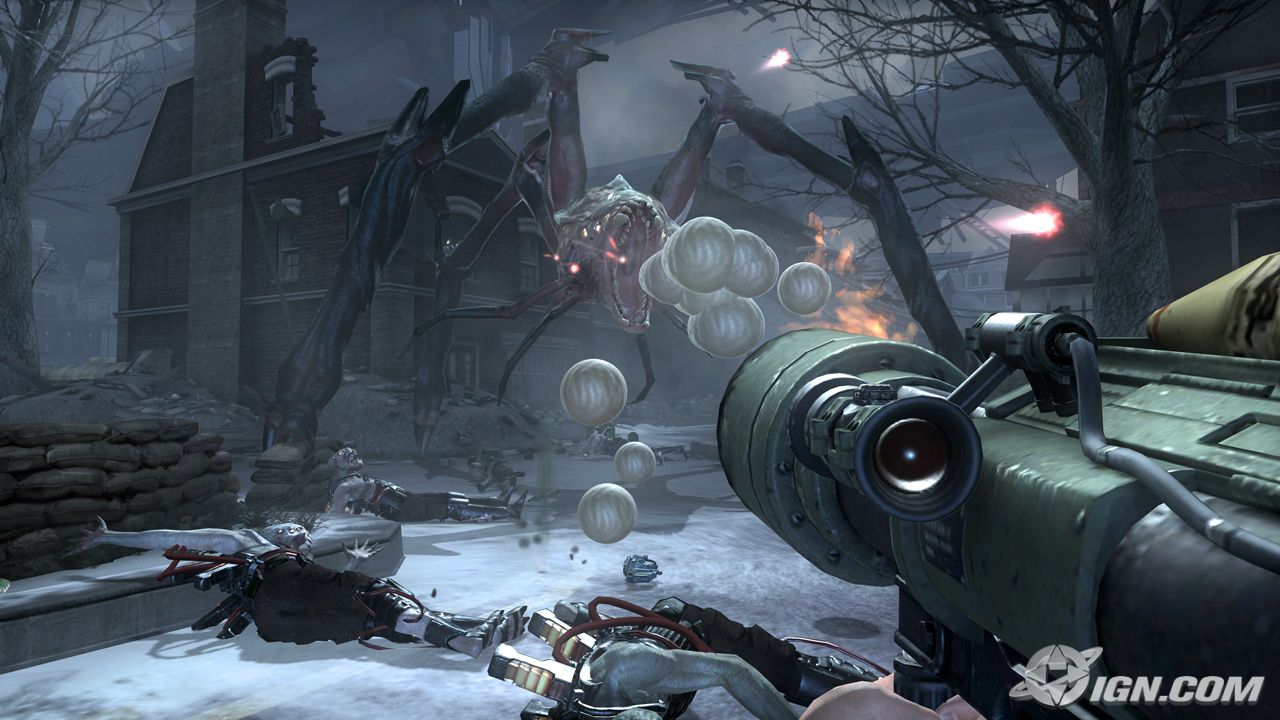 Whilst the game looks like so many other shooters, it is the differences it offers that make it stand out. The plot plays out well and is generally presented to an excellent standard although the ending is left pretty open (hello sequel); the atmosphere is critical to this presentation. To support this the rich environments are displayed clearly at 720p and the framerate is locked to 30fps in matter what might be going on around you. The gameplay is in a similar style to TimeSplitters (itself one of the best PS2 launch titles), with quick movement and is supported by a great control scheme and some cool Sixaxis use. As mentioned in previews the weapons make the game what it is, but thankfully the intelligent enemies are no walk-over either.

The big point though comes from the multiplayer. Online first person shooters last generation were pretty much limited to the xbox, but if Resistance is anything to go by, then PlayStation users can at long last join the party. All that was promised seems to have been delivered; 40 player online games (with no lag as of yet), huge customisation and flexibility, endless trackable stats, ranks, clans, many different game modes and the old-school 4 player split screen option.

The problems IGN faced are fairly minor; vehicles are too powerful, overly long “breather” sections and the story ending, but otherwise it sounds fantastic! IGN’s 9.1 ties in nicely with OPM’s 9/10