I’m really looking forward to Army of Two, a two-player co-op game. I prefer playing games with other people versus playing alone – it’s more social and more fun. Army of Two, though, isn’t near completion, so I don’t really know all that much about the game. When a game is so far from release, we get spoon-fed little tidbits about upcoming games, like this video. (The video is for the Xbox 360 version, though the PS3 version should be similar.) It looks pretty cool, take a gander. Unfortunately, it doesn’t behave too well when streaming so hopefully it plays better for you than it did for me. You do have the option of downloading it, which I did when the streaming version failed for me. Worked like a charm. 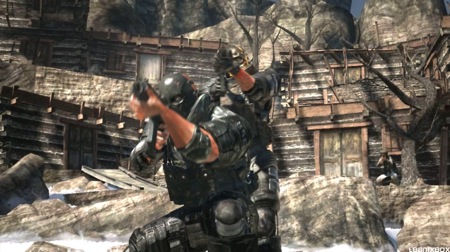 Behind the Scenes with Uncharted September 30, 2007 | Gary