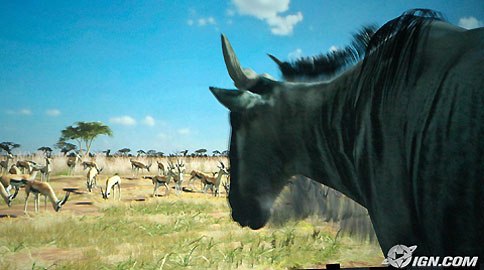 The game is non-violent, as you would expect.

As we would expect? I don’t know what everyone else is expecting, but I was expecting that large African wildlife would kill and eat each other. What else do animals do? Yes, they sleep and raise offspring and groom. But a fundamental part of animals is eating and avoiding being eaten. That’s the most exciting thing to watch. Have you ever watched a lion or a crocodile? Usually it’s either just laying around or it’s trying to kill something.