The internationally renown newspaper, The New York Times, has published its op-ed piece on the PS3. And they dislike it. They really dislike it. We’ve debated these points a million times, so there’s no point in going over them again; that’s just not the point.

Being a PlayStation fan is sometimes like being repeatedly kicked in the groin. 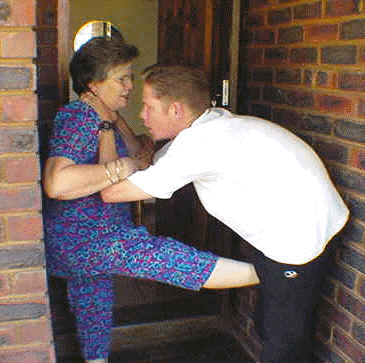 It’s like there’s an all-star lineup of game developer celebrities, industry icons, and now the most highly regarded newspaper on the planet to lend their credibility to denouncing the PS3. What’s next? Will U.S. President Bush declare the PS3 as a national terror? Will the international science community come to the consensus that the PS3 is the source of all pollution and global warming? Will a heavenly deity descend upon the Earth and smite the PS3 from this planet?

From the PS3 launch: A Weekend Full of Quality Time With PlayStation 3
From the 360 launch in 2005: Microsoft Ups the Console Ante

Tiny Springs in the Controller!