The latest news from Japanese games magazine Famitsu seems to suggest so. 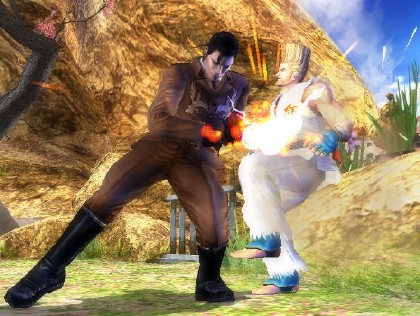 Tekken 5 of course originally came out on the PlayStation 2 in mid-2005 and was succeeded by an arcade expansion, Tekken 5: Dark Resurrection. T5:DR was itself released on to the PSP earlier this year and is still widely lauded as one of the system’s best titles.

This news states that T5:DR will only be available to PlayStation 3 users as a download, but will offer an arcade perfect experience, 1080p graphics and the ability to play as Jinpachi, the unplayable boss from the arcade version. Of course this raises a few questions as to why this download is coming. Where is Tekken 6? Surely releasing the same game 3 times is a bad idea? It also raises a question of how. I’d imagine this title will be pretty large, won’t it be expensive and take a long time to download?

As of yet thought there is no release date or further information available.

Thanks for the tip fleakitten!