1up.com reports that the latest issue of OPM has some new info about Mercenaries 2, which happens to be the sequel to one of the few games that managed to give the same freedom and enjoyment as GTA but set in a war zone.

If you thought the previous WMD that were just a button press away (if you had the cash of course) were devastating, wait until you call in a MOAB (which apparantley stands for “Massive Ordnance Air Blast”. Here is a real test drop of a MOAB. You’d better make sure you’re nowhere near the impact zone then…

Another new aspect to the gameplay in Mercs 2 is the ability to rescue civilians who find themselves in the wrong place at the wrong time and capture hostiles up to no good, with a cash reward for those who don’t do good deeds unless their bank balance is given a boost. 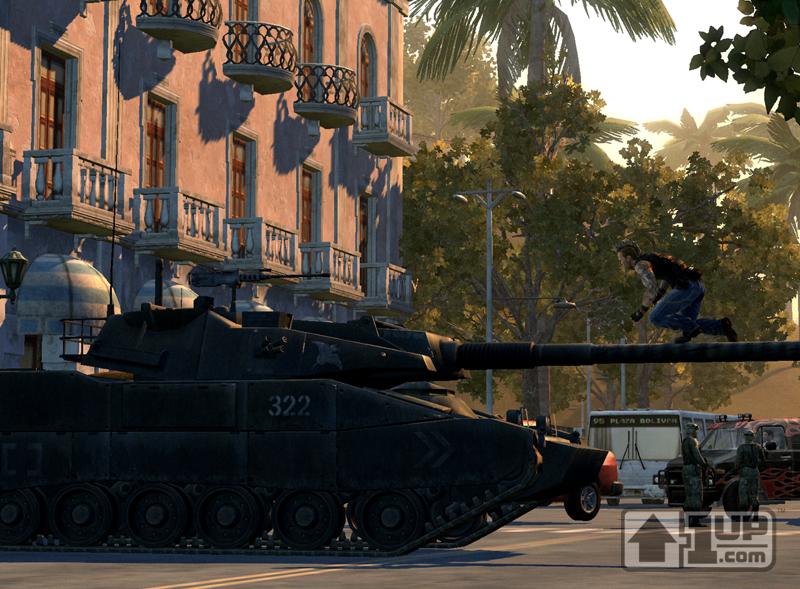 As mentioned before by Pandemic, fuel plays a major role with you needing to make sure you have enough fuel supplies stocked up to call in those precious air strikes. Presumably to counter this, Pirates will feature in the game. I doubt they mean pirates like Jack Sparrow but they will be up to no good all the same, probably hijacking any decent vehicles you’ve obtained or overthrowing any fuel depots you’ve captured.

It’s also great to know that there will apparantley be no fogging in the game to mask the draw distance, meaning you can see for miles. Woot! I love nice graphics and one of my big hopes for the next-gen was to do away with visible draw distance & fogging so if this is true I’ll be one happy owner of Mercs 2.

Check out the official Mercs 2 website here for a sneak peak at what the game looks like in motion and I recommend you click on the vehicles part of the site to see some of the vehicles in action, if you’ve missed my previous posts ages ago.