Very little is known about Resident Evil 5, in fact I don’t think anything that’s been hinted at, has even been officially confirmed by Capcom but Producer Jun Takeuchi has spilled a lit bit of info via gamefront.de, reported by QJ.net, about one of my most anticipated games for the PS3 (also available for the 360).

Capcom is aiming to have the game running at a super smooth 60fps, and with the new game engine they are using, they’re aiming to have realistic facial expressions and animations. Special attention is being paid to the character’s hair, with each individual strand being realistically built from root to tip. I bet the undead will never look so good. That’s if there are even zombies in Resi 5. 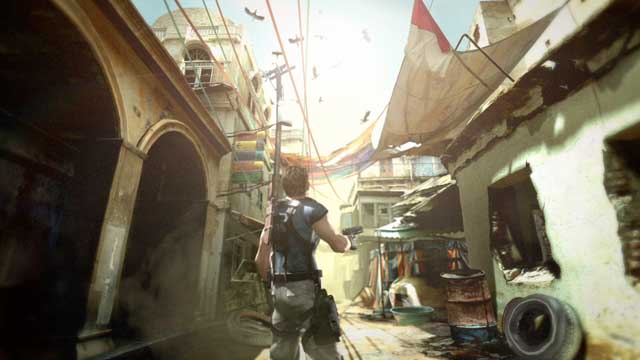 You will be able to interact with the environments on a far grander scale than any of the previous Resi games. I don’t know if this means more QTE that appeared in Resi 4 or if you can use the surroundings to your advantage to help in your battle against the zombie (hopefully) scum. It probably means both.

Lastly, the temperature will effect the way your character is able to navigate his surroundings, with both extreme hot and cold temperatures effecting the gameplay. I can guess that if you’re in a cold environment your aim will be shaky as you shiver due to the cold or in a hot environment your weapon could overheat, resulting in the dead man’s click of your weapon jamming. Maybe..

I want this game bad, real bad but I will have other games to keep me occupied throughout 2007 so the wait should be manageable.