Sony has put a mini-preview version of the next Gran Turismo online for free download. Wow! 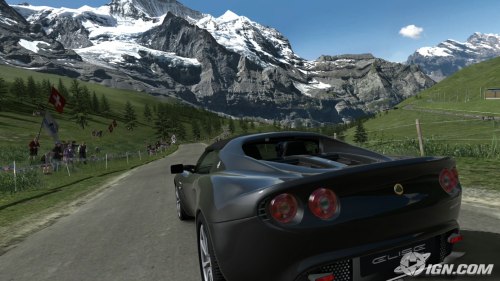 My personal wish is solid steering wheel support. Most major PS2 steering wheels work such as Logitech’s Driving Force Pro and the newer G25. However, apparently, force feedback is not currently supported. I’m sure they will fix this, but I hope this happens sooner rather than later.

Overall, this sounds great: A widespread variety of improvements including lots of graphical improvements, interface improvements, physics, sound, and gameplay improvements. I can’t wait to try this out personally.

The final Gran Turismo 5 isn’t scheduled for release until 2008. That’s a long ways away, but I’m sure they will use that time to build a very polished product. I’m glad they gave us this preview to hold us over.

I’ve posted links to impressions of this preview on two sites: IGN and a long time Gran Turismo fanatic website:

Confirmatory Bias and the Next Gen Console Debate