Damn, that was quick!

A few weeks ago I reported that Tekken 5: Dark Resurrection would be available on the PlayStation Store. Well now it’s here! 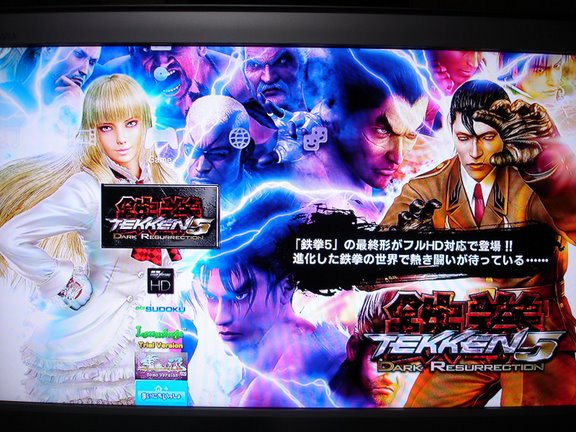 The game appears to offer what was promised. 1080p graphics, an almost entire arcade experience. At the mere cost of 2000 yen ($20 or Â£10). The title is currently only available in Japan, but Sony would be crazy not to release it elsewhere.

In other Japan-centric news Formula 1 Championship Edition appears to have been released today too and whilst most of the requisite gameplay features appear to have been included it sounds as though the damage model has been toned down and the online mode is missing (like Motorstorm). I hope that these absences are fixed in the future for European and American releases as it appear Sony is sacrificing game completion in order to get an on time release date.

Confirmatory Bias and the Next Gen Console Debate