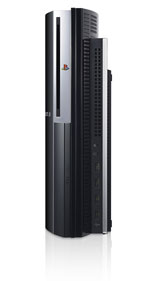 Japan has now reached the 1 million mark. Note that Sony cites numbered shipped to retailers, and this doesn’t include other countries in Asia.

Now combined with recent sales reports in North America, Sony’s shipped over 2 million PS3’s. They did not say what the split is between the 20GB & 60GB units. But I’m sure the 60GB was more popular, because that’s been the case so far in previous reports.

Sony has also shipped 5 million PS3 games between North America & Japan. That’s a 2.5 attach rate, not nearly as bad as what others have said. Resistance Fall of Man was the most popular game sold. And concerning the Playstation Network – on launch day it had 500,000 members.

PS3 Ships a Million in Japan

European launch details due in the next 10 days!