It’s amazing to think a game like Resistance Fall of Man is only using 20-25% of the PS3’s full potential. Imagine what games will be like in a couple years. I think we will really start to see the PS3’s power in late 2007, early 2008.

Here is a quote that Sony CEO Howard Stringer stated in a CNET interview. 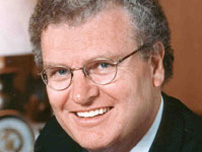 Lost in the shuffle is the fact that the current games that are out there are only using about 20 percent to 25 percent of the [PS3’s] bandwidth. Once the publishers’ excitement reaches a level of intensity that they start using more of the bandwidth, that will create additional excitement.

As a comparison look how far PS2 games has come since it’s launch.