Looks like when Square Enix said they wanted Advent Children type action in Final Fantasy XIII they meant it. Here is quote from the interview 1UP had with Toriyama about the game. 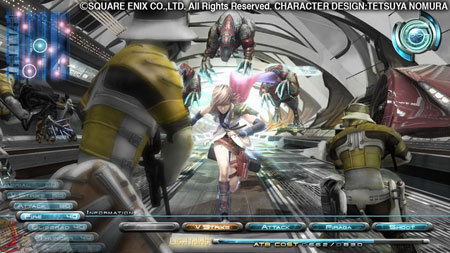 The foundation (of the new battle system) is based on active-time battles (ATB), but the waiting time until you choose a command is gone for the most part.”

Toriyama also confirms: every summon will be part mecha, and will have “an expanded role”.

For example Shiva can also become a motorcycle and you might be able to ride it in battle. This sounds very interesting. I can’t wait to see the demo 🙂