Yesterday after work I picked up F1 Championship Edition (F1CE) for my PS3. Unfortunately, because I was so busy last night, I didn’t get to play it for more than about 15 minutes, so I’ll give more impressions later.

Interestingly, the game was less expensive than many other PS3 games. PS3 games generally retail for $70 Cdn, while F1CE sold for $60, which was nice. 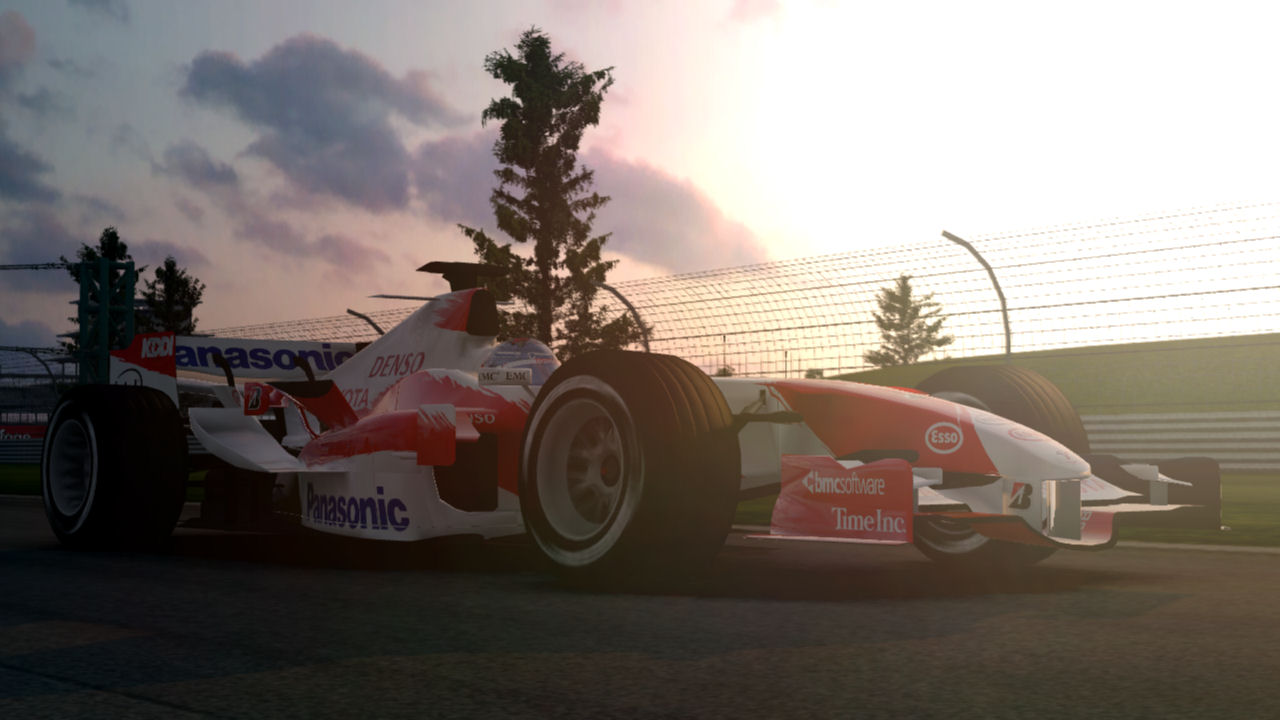 The game looks really nice, I have to say. The graphics are great, and even my wife remarked on how realistic everything looked. Though I still wish they had done better grass.

Strike number one, though, is that there is no splitscreen support whatsoever!!! That’s just crazy. I don’t know what Sony Liverpool Studios is thinking, but racing games have to have a splitscreen mode. I’m quite upset about this.

Control-wise, it’s better than the demo, if my memory doesn’t fail me. Having all the aids on bothered me, but not as much as it did in the demo. Once I realized why I didn’t like the feel, I turned most of the aids off and then started to really enjoy the racing. At first I was a little miffed that I had to use the right joystick for acceleration and braking, but then realized you can switch up the control scheme from the main menu (but not from within the race, unfortunately). It even has tilt support, which I didn’t get too much of a chance to try. But it seemed cool.

Going online was a very interesting experience. I could actually join a game in-progress! I couldn’t believe it. I took over for someone who left a race, which was really neat. And having all those human players on the track at the same time as me was a wonder – I’m so used to playing computer players.

But online this is where we get to strike number two. Periodically, the game just freezes. Your car stops, everything stops, for about 2 seconds, and then it continues. This is bad. Really bad. Sony has to fix this ASAP, or they’re going to have a lot of irate gamers storming their gates.

All in all, I was impressed by this package. There was no strike three, so this game in still (somewhat) in my good graces. But Sony has to fix up the second problem ASAP and the first one after that.

PS3 DVD Upscaling Coming, but When?