Yesterday I was reading an article in WIRED magazine about Joostâ„¢. Joost is another television-on-internet service, by the makers of Skype. It uses distributed filesharing to distribute videos over the internet, and it’s free. It is paid for by commercials, so I somehow doubt that you’ll be able to fast forward over them. But the WIRED article said that because the commercials can be so targetted, that there will be a lot fewer of them. Joost is a play for commercial A-list programming – stuff you see on TV, not on YouTUBE. 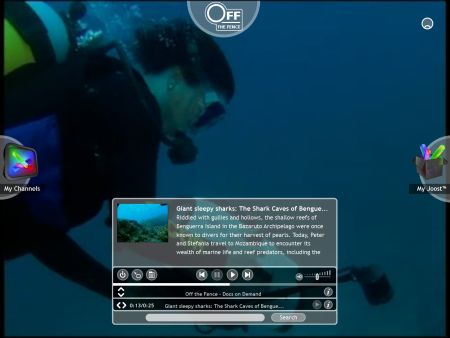 So I signed up for the beta, but I haven’t heard back yet.

But I got to thinking that I don’t really like watching TV programming on my computer. What I really want is to watch TV on my TV. What a concept! What I need is a device with (1) hard disk storage, (2) enough processing to decode MPEG4 streams, and (3) an internet connection. And this device needs to be hooked up to my TV, not my PC or PC monitor. Guess what? I already have such a device – my PS3!

So here’s my suggestion. I don’t know if anybody from Joost or Sony reads this space, but if you do: please make a Joost client for my PS3!!! I humbly volunteer myself as a beta tester. I think that the PS3 is a perfect match for Joost, and I hope that with Joost or something similar I’ll finally be able to get rid of my cable TV subscription. Wouldn’t that be nice…