In a new preview at IGN with lots of new gameplay footage, it is revealed that Warhawk is now multiplayer only with absolutely no single player mode at all. I’m shocked! 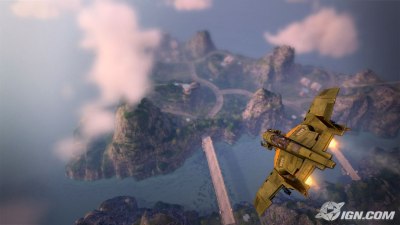 The graphics and gameplay videos look great and far improved over what we saw at TGS last year. But honestly, I’m really disappointed.

This sounds just like the multiplayer mode to a dozen other shooter games. Listen to the features: Deathmatch, capture the flag, player statistics, voice chat, 32 player multi-player, etc… We’ve seen this stuff a million times already. We hardly need another game like that. Resistance, Call of Duty, and the soon to be released F.E.A.R and Rainbow Six all do these standard multiplayer features really well *and* have a fully fleshed out single player campaign. This sounds about as unoriginal as you can get.

If they are going to make a multiplayer-only game, they should have made it a massively multiplayer shooter in the same vein as PlanetSide (PC game by Sony) or maybe the upcoming Huxley (also PC). PlanetSide was really flawed, but it is such a great concept with great potential. I bet the right team could really make an amazing and very unique game in that direction.

I was excited about the originally announced concept where you would fight wars of epic proportions with colossal capital ships and swarms of thousands of fighters. They dropped the daring and unique game concepts and scaled back to a really generic multiplayer game? I hope they put this game back to the drawing board one more time. 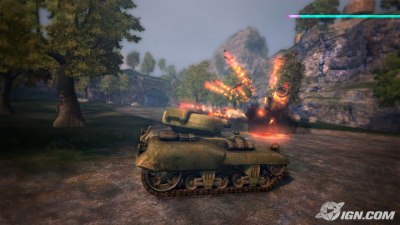 What do you guys think? Does anyone like the new Warhawk?

Resistance gets Map Packs in May