WarHawk will be released on Blu-ray

Sony said last week that WarHawk is still an online only game. But it looks like it’s still being sold on a Blu-Ray disc. And it should be out late summer. I like that fact that it will be on a disc instead, that way it won’t fill up my hard drive. I am personally more interested in the flight part of this game, I already have FPS’s that take place on the ground, I want to destroy people in the air 🙂 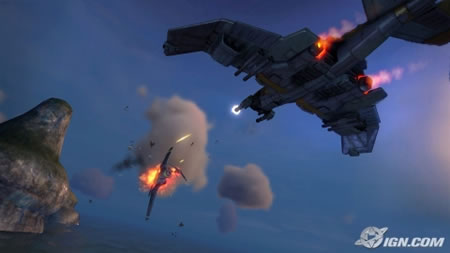 If you want to play Warhawk, you’ll have to buy a disc, not a download. “That’s a misinterpretation,” replied Sony’s spokesperson. “Phil was only addressing what the future of downloadable content meant for the industry and how important online support will be for games. He didn’t make any announcements.”

Are you ready to Cure Disease with your PS3? [Update]

PlayStation Plus Subscribers: Your May Content is Almost Here!... April 24, 2012 | EdEN