Capcom has now scheduled Devil May Cry as a simultaneous release for the 360 and the PS3 with a PC version to follow. 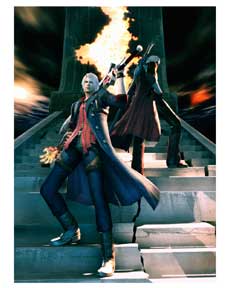 Capcom now has zero PS3 exclusives and several recent 360 exclusives such as Dead Rising and Lost Planet. I sure hope they got a large sum of money from Microsoft.

This is disappointing news for PS3 fans. PS3 owners will of course still get to play this title, but it’s still disappointing for obvious reasons.

The only big name titles that are still scheduled to be PS3 exclusives that are not owned by Sony are:

Am I missing any? Of course, there are still plenty of third party PS3 exclusives, but they mostly involve IP or publishing deals owned by Sony such as Ratchet & Clank and L.A. Noire. Are there any big name 360 exclusives that aren’t owned or published by Microsoft? Bioshock? Am I missing any others?

European PS3 BC Site Up (Supposedly)