So every man and his computer literate dog has probably watched the short GTA IV trailer that R* revealed last Thursday. As you can see, there are some images taken from the trailer for your viewing pleasure. So, it seems GTA IV is going to be set in and around Liberty City, which has angered some officials of New York. A few sites have analysed the trailer and came up with what they think GTA IV could be about. Time to join in on the fun, so here’s what I think (maybe tongue in cheek) will happen with GTA IV: 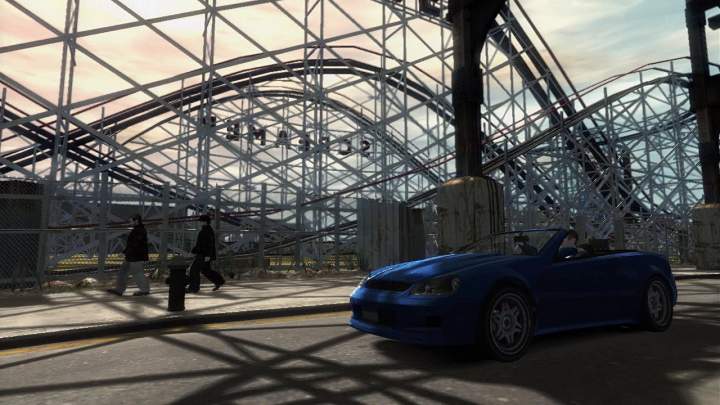 Nice roller coaster eh? I can imagine taking my motorbike on a nice ride on that bad boy! OK enough, back on topic. The main character appears to be from Eastern Europe. Some say Russian well I say he’s from the Ukraine and his name is Andriy. He managed to get to New York via Liverpool and has worked his way up the food chain by means of a dodgy nature. There are a couple of possibilities (in my head) of what the story will involve:

Possibility no.1: Andriy is an undercover cop who has worked his way up the food chain, over a number of years, building intel on the Russian head of the Mafia that has has taken over New York. The crime boss is called Roman. Usual mayhem and destruction takes place before your cover is blown and all hell breaks loose.

Possibility no.2: Andriy is just one of several main characters that you will control in the main game. Each character is an enforcer in a rival mob gang. There are 2 main gangs: Russian and Italian American. The story plays out similar to Fahrenheit (Indigo Prophecy I believe it was called in NA), in that you’re trying to damage/destroy the rival mob and it’s territories, with your viewpoint changing from side to side at certain points in the game. Your loyalty is constantly being split between the main characters of each mob.

Possibility no.3: The game is a MMO game where anybody can jump in and play the role of a cop/rival gang member/pedestrian who can interfere with what you’re doing or they can do whatever they like. Up to 30 players can join in at any time and once they leave, normal AI resumes. I can dream.

Possibility no.4: It’s the usual GTA story where you play a low life thug who dreams of taking over the entire State etc etc etc. 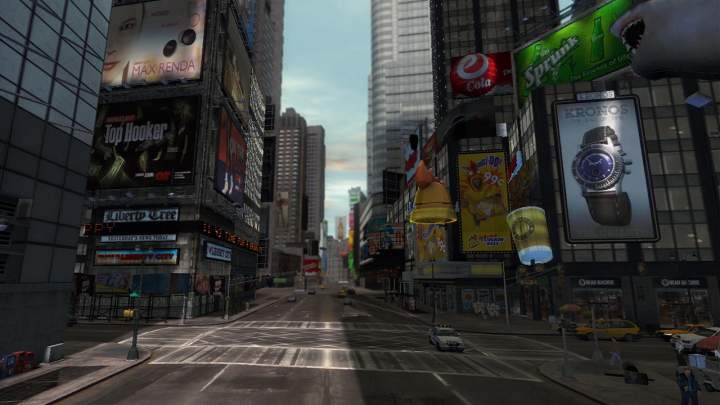 Where will it be set? Will it be in a semi fictional State like San Andreas? Encompassing fictional versions of New York and New Jersey and the areas linking the two? Or will it be set in multiple areas including Vice City and even a foreign City? I think it will be a bigger area than San Andreas but split over 3 areas: Liberty State, Vice City and a foreign City (maybe Moscow). Why? I don’t know I’m just rambling!

So what do you think? What’s your ideas on the GTA IV story and setting?

Whatever it is, I can’t wait to get on that roller coaster with my motorbike!! 8)

Handbrake and MP4 for PS3