The Criterion team said that the PS3 version will have 1080p, and the SIXAXIS controller will provide more control options that the 360 doesnâ€™t have. Imagine steering your crashed car with your SIXAXIS. Just thinking out loud.

Also the PS3â€™s advanced processing capabilities are perfect for the many physics intensive crashes in Burnout 5. Both versions will feature camera support during game play. 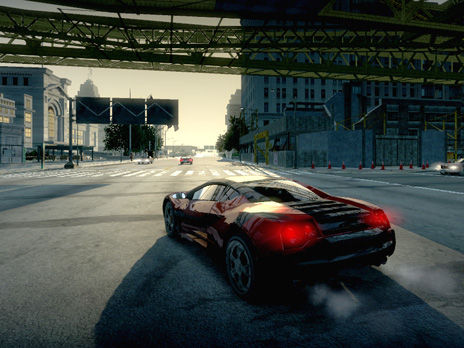 Criterionâ€™s director of design, Alex Ward assured Gamepro that Burnout 5 (a working title only) will still be the racing game so many have come to love. â€œBurnout has always been about driving like a madman through traffic, and that hasnâ€™t changed at all.â€ But, he said, â€œif we just made Burnout Revenge again on the PS3 and Xbox 360, no one would be satisfied with that-least of all us. [Burnout 5] is still based on the premise of driving like a maniac and crashing your car. But itâ€™s got some significant differences.â€

That difference would be one seamless racing world instead of separate courses. It turns out this one city is the size of 15 regular Burnout courses.