There were two launch games on my original PS3 must-buy list: Insomniac’s Resistance and Rainbow Six Vegas. Then Rainbow Six got pushed back to December. Then January. OK, I’m a software developer. I know how bleeding edge hardware is and I can understand an honest delay. Then the game got pushed back to Febuary. Then March. Then April. 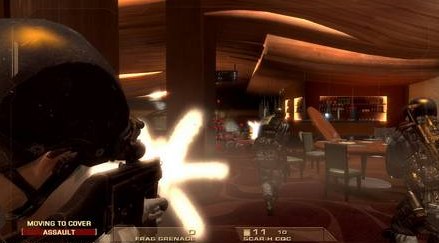 Not a peep from Ubisoft on this at all. On their site, there’s all kinds of mention of the 360 version and 360 leader boards, and news regarding 360 updates, but no mention of the PS3 at all. I understand, that software is hard, and delays happen, but couldn’t we at least get an update? IGN addressed this in their mailbag, where I’m not the only one wondering about this title. IGN’s response:

First the good news: Rainbow Six Vegas is still coming to the PlayStation 3 (despite popular rumors to the contrary) and April looks like it’s the absolute “for sure” date. Up ’til now, there hasn’t been an official reason that the game has been delayed for so long (and there still isn’t), but my guess is [snip]

OK, fine. It was delayed all the way until April, but at least that’s the “for sure” date and no more mysterious and neverending string of delays without a peep as to what is going on. April is a pretty dry release month anyway, so that works out. Now, IGN lists a new release date of May 22. And I hardly have much confidence in that date either. 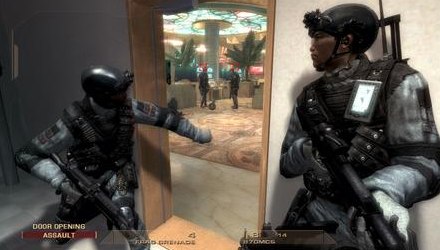 It’s disappointing that Rainbow Six didn’t come to the PS3, and if it eventually does, most PS3 owners will probably not care by that point. On the bright side, the PS3 will get plenty of other great content by next month including: F.E.A.R, the Ninja Gaiden Sigma playable demo, and Spiderman 3 (with the PS3 exclusive playable character, the “New Goblin”).

I wonder if the PS3 version of Ubisoft’s other big Tom Clancy shooter, “GRAW 2” will suffer repeated mysterious delays like this as well? Regardless, I’m planning to give my PC a major upgrade this summer, so I will be able to play these titles if I still want to.

PS3 not in Competition with Revolution? March 20, 2006 | Blackstaffer